Deep within Amu Ranch and its neighboring habitats the LCT field teams have been working hard to photo-capture and protect the critically endangered Aders’ duiker, which lives secretly in the depths of Lamu’s forests. 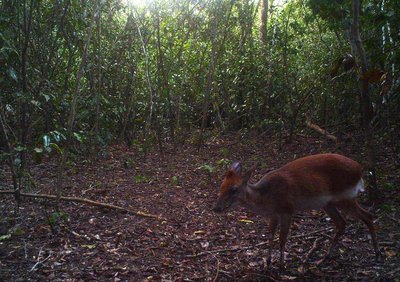 Described by some as one of the most beautiful antelopes, the Aders’ duiker can be recognized by a distinctive wide band of white that crosses the thighs and buttocks. Both the males and females have short pointed horns growing up to 5cm in length for the males. 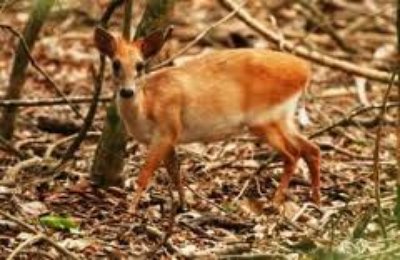 On first impression the Aders’ duiker can be confused with the suni or Harvey’s duiker which are similar in size and color and also dwell within the Lamu ecosystem, however, neither possess the distinctive white band on the rump.

This seriously threatened species has been pushed to the very brink of extinction due to deforestation and illegal bush-meat hunting.

The Lamu Conservation Trust is protecting the remaining population, whilst collecting much needed data about the behavioral and population ecology of Aders’ duiker.