As the foundation of a much greater vision, Project Amu has become a successful conservation template, which is in the process of being adopted by neighbouring communities within Lamu County, who have embraced the mission to safeguard the natural integrity of the area for wildlife and future generations.

Amu Ranch, an amazing wilderness spanning 63,000 acres of coastal forest and savannah woodland, sits within a hugely important landscape encompassing tracts of vulnerable land, which create vital migratory corridors and wildlife habitats for an abundance of wild species. The local Community Cooperative, in which Amu Ranch’s future lies, was once unable to defend their land from illegal incursion and destructive activities on their own, and therefore created a partnership under the umbrella of the community-led Lamu Conservation Trust (LCT) in collaboration with the DSWT, working together to actively protect the land, diversity and culture of this incredible landscape. 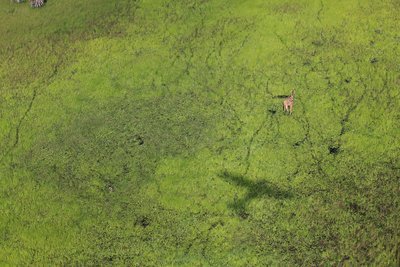 The DSWT and Amu’s dedicated field teams have overcome some dramatic challenges throughout the past year whilst forging ahead with the ranch’s infrastructure and community outreach initiatives. Poaching and bushmeat snaring in conjunction with illegal squatting and livestock incursion has proved to be an incredibly serious threat to the wildlife and environment of Amu. The illegal invasion of huge herds of cattle from distant lands numbering in their thousands has placed devastating stress on the already overstretched natural resources of the area, whilst the ‘slash and burn’ methods of self-subsistent agriculture, exploitative logging and illegal hunting has been destroying the habitat and decimating wildlife numbers. 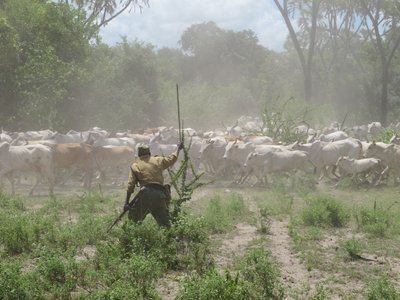 An anti-poaching unit of over twenty rangers and armed Kenya Police Reservists on Amu have been patrolling tirelessly to combat these damaging activities, removing wire snares and uncovering traps, apprehending offenders, deterring livestock intrusion and preventing the abuse of natural resources. With support from an additional field team, over 20kms of roads and security access tracks are maintained, which allows vital movement throughout the ranch and its neighbouring habitats, whilst the aerial surveillance plane, which patrols the skies over Amu and the surrounding areas, allows the ground teams to focus efforts on targeted areas, identifying key zones needing increased security, whilst achieving a rapid response time on urgent reports. 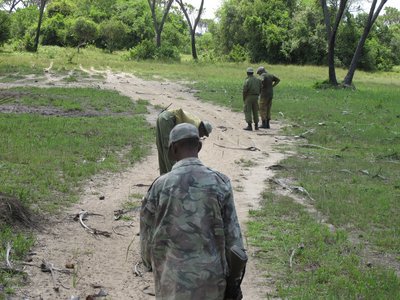 These strategic operations are a permanent presence throughout Amu and have had a significant impact on the condition of the environment this year showing remarkable results, such as forest and grassland regeneration as well as increased wildlife populations with impressive numbers of threatened species. The environmental diversity of the Lamu eco-region is quite spectacular showcasing magnificent herds of 150 reticulated giraffe, massive herds of buffalo numbering 1,000 head, along with huge herds of coastal topi, zebra and eland. There is an increasing population of lion with evidence of a large genetic pool, with some lions displaying large, muscular bodies and short, almost non-existent manes, very similar to the lions characteristically found in the Tsavo area. Others are significantly smaller, and some are even thought to have blue eyes. 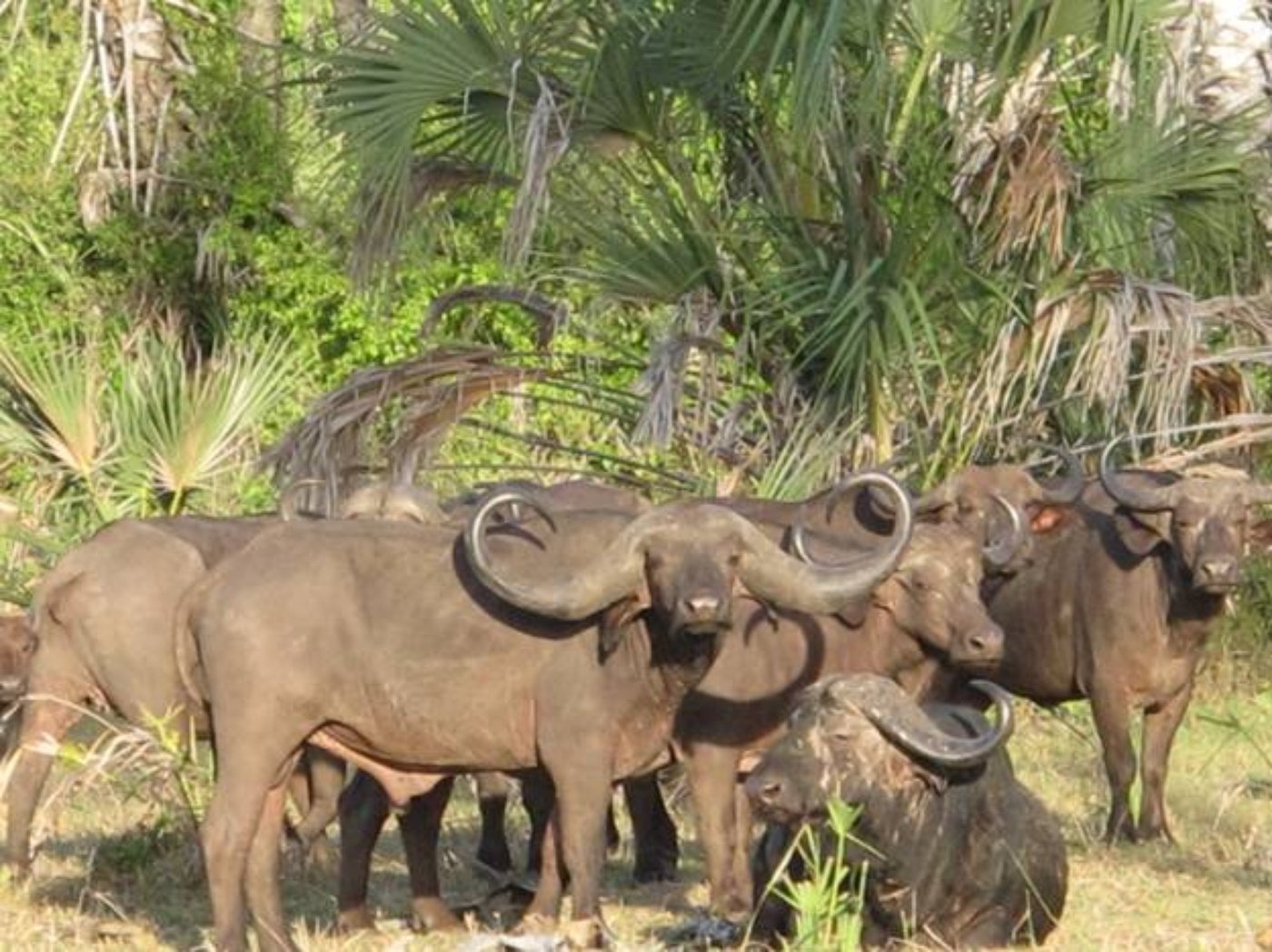 A number of discreet camera traps have also been deployed throughout Amu this year revealing a host of shy and rarely seen species, including the critically endangered Aders’ Duiker, which is relatively prevalent within Amu, a healthy leopard population and most excitingly, herds of elephant, which were decimated within the area in years gone by when the Lamu area was once one of the largest elephant habitats in Kenya.

The Project Amu field teams have also had the extra task of caring for wild orphans. The hand-rearing of orphaned creatures is no easy feat yet the team at the Amu HQ, ‘Farouks Camp’, have successfully raised a female bushbuck, which has fed on goat’s milk from an early age, and is now spending its nights in the wild and its days sleeping safely under the rangers’ beds. 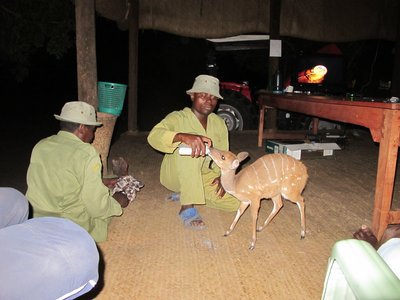 Yet despite all the protection measures put in place, Amu Ranch endured a vicious drought during 2012. Such droughts have occurred many a time in years past, but each year it always seems as if it only worsens. By the first week of October Amu Ranch was deathly parched with no water left in any of the waterholes or lakes. Vast numbers of buffalo were struggling to survive in the harsh conditions, whilst Amu’s hippo populations could do nothing to escape the hot sun having to lay in the mud absorbing the remaining moisture for their sensitive skins. Fortunately the heavens opened in mid-October turning the baked parched land into a paradise, but too late for the many species that perished. 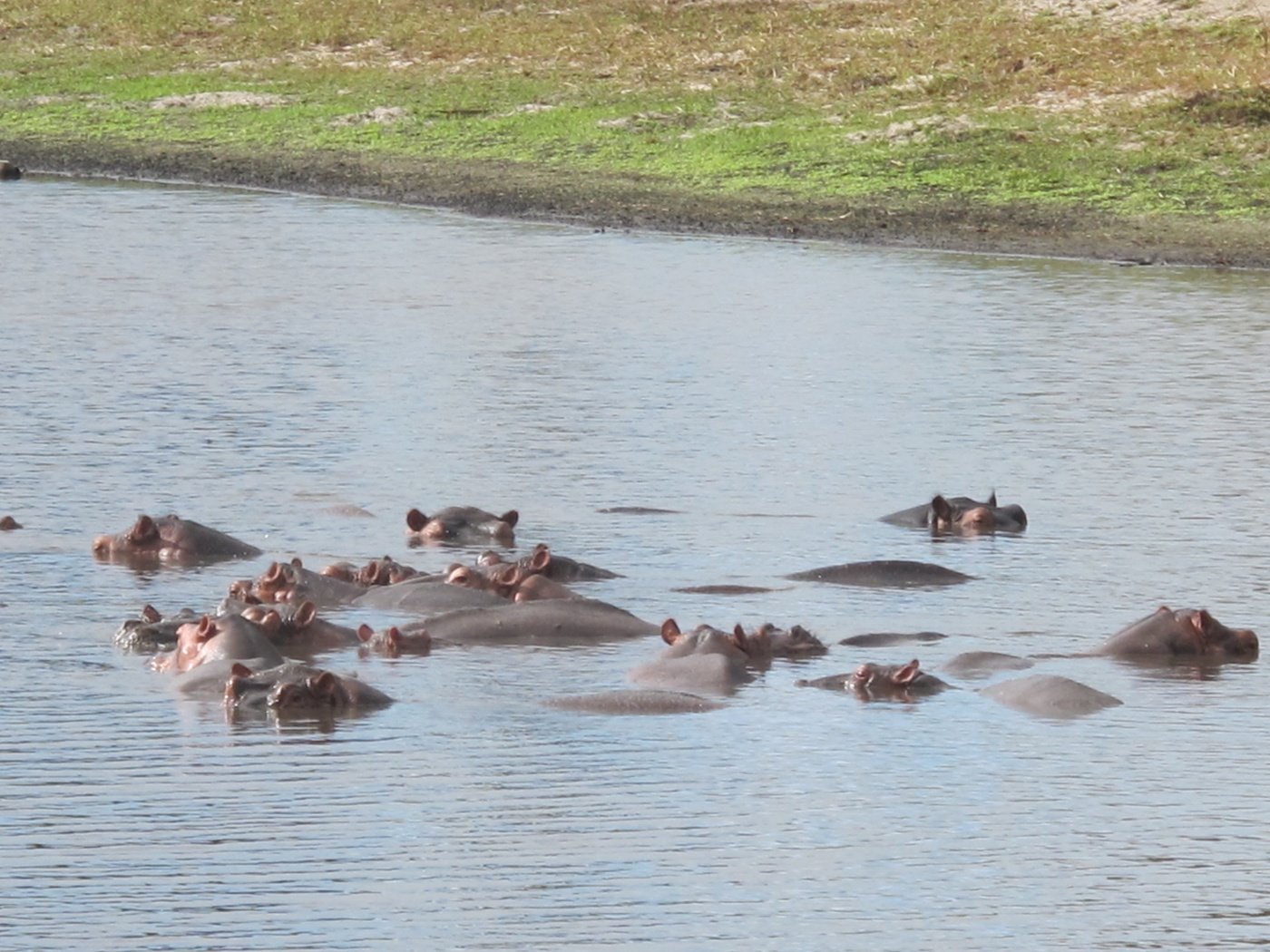 Within Project Amu’s short history, having been established in February 2011, many exciting developments have taken place with a concentrated effort being placed on opening up Amu Ranch for tourism in 2013. Guest visiting buildings and facilities have been constructed, whilst a scenic tourism road circuit has been opened-up for game drives. Plans for the future include creating an over-night experience within Amu, which will enable guests to enjoy the late evening and early morning paradise that Amu offers so close to the Indian Ocean.

Executing all of these objectives has allowed Project Amu to employ a significant number of local community members, including over 40 full-time staff and additional casual labourers, which has benefitted the surrounding communities and tribes substantially, creating much needed awareness concerning the importance of the project and how vital it is that the local people actively make an effort in protecting their natural heritage.

The DSWT has invested a great deal of time, resources and funds into the newly formed, community-led Lamu Conservation Trust, in which Project Amu sits, which has been instigated and developed solely by the DSWT. On top of donating technical, administrative, logistical and field support the DSWT has launched a new website for the LCT and is proud to be a part of this incredibly important community conservation organisation.