Lamu transforms into a water paradise for wildlife

The areas surrounding Amu Ranch were hit by severe drought at the beginning of 2018, with natural water sources like the Ziwa la Mbuni water pan all but drying up completely. 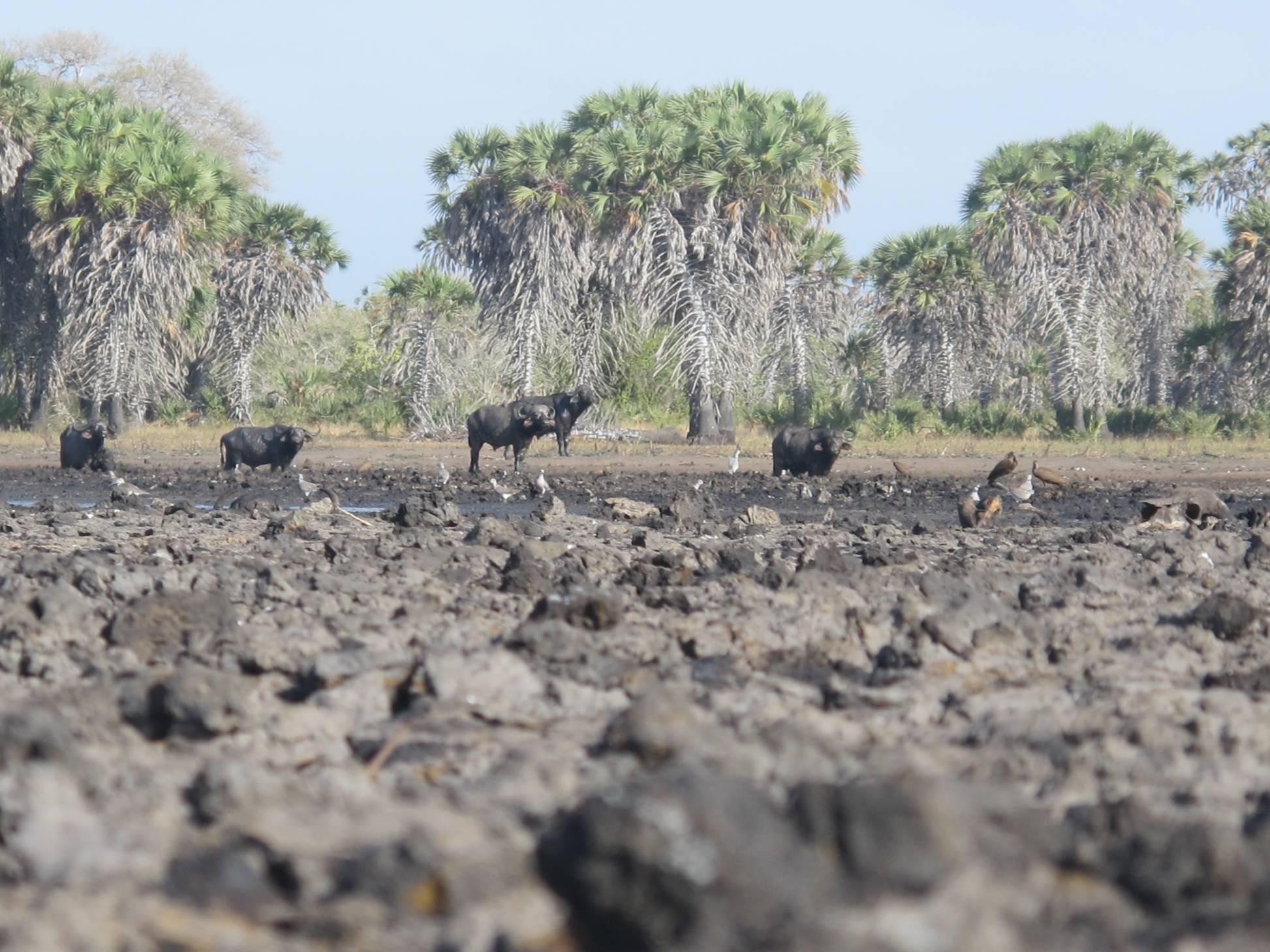 The pan here is the main source of water for Amu’s wildlife and a whole host of species depend on it, from topis to zebras, buffaloes to giraffes, hippos and even a herd of rather shy and secretive elephants.

During the dry season, elephants prove their worth as a keystone species, supporting the survival of other wildlife within the ecosystem. Even their footprints can provide a lifeline in times of drought, compacting the earth into hollows that can collect and hold vital water from which smaller animals are then able to drink. We have been delighted to see evidence of more than 10 elephants visiting the area in an effort to quench their thirst. 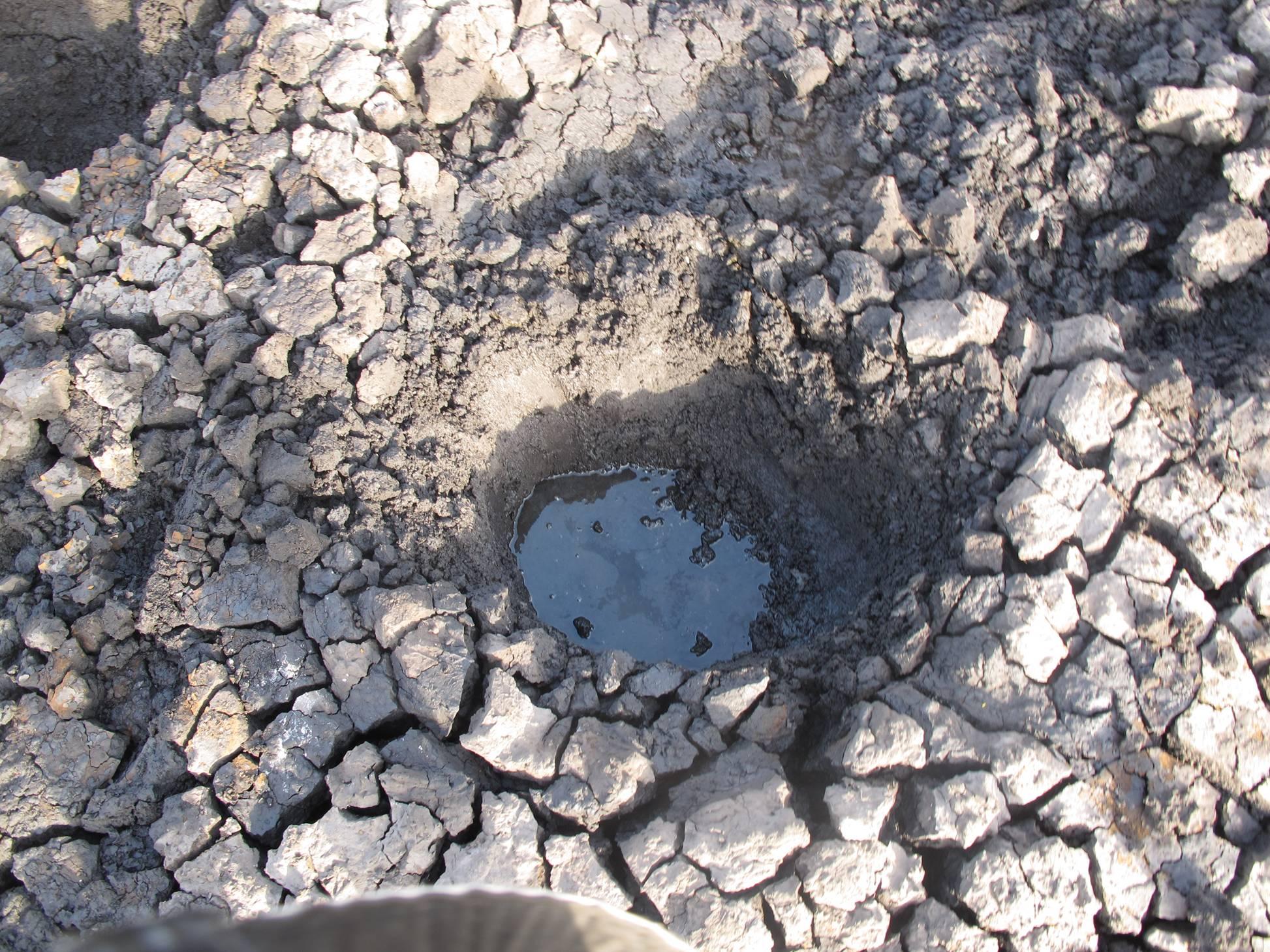 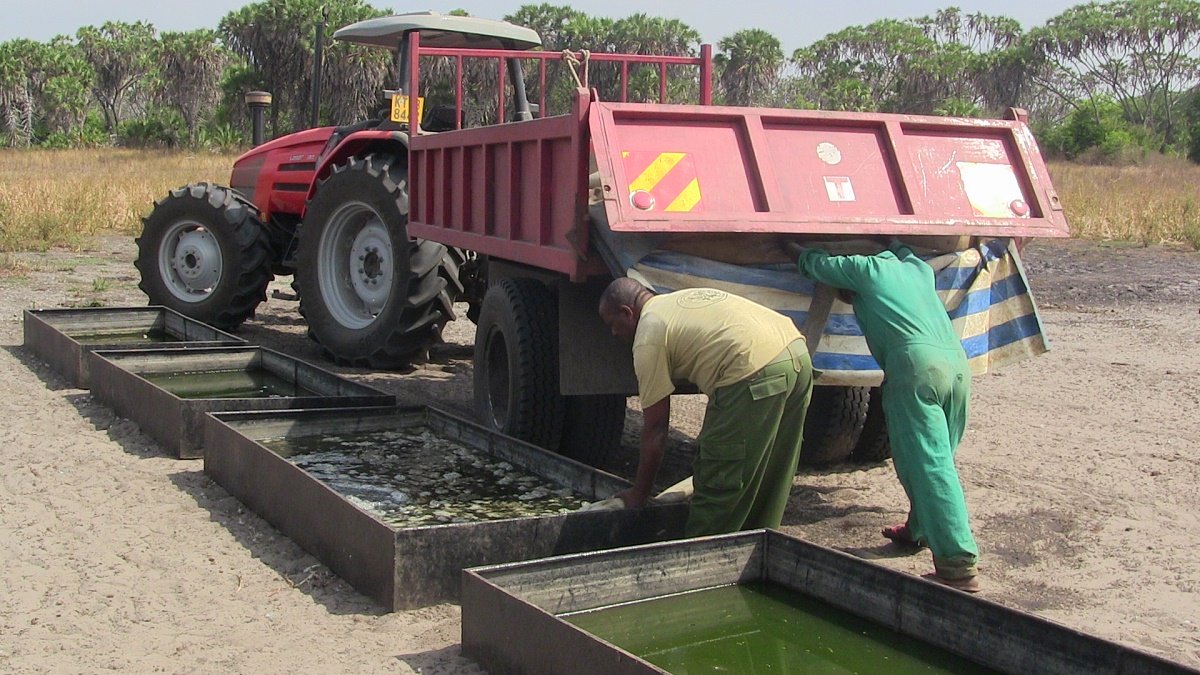 In the race for life, our teams have been working hard throughout these dry months to bring instant relief to wildlife, keeping water sources topped up, with the help of the tractor and trailer previously donated by The David Sheldrick Wildlife Trust.

When natural water holes dry out, filling troughs provides vital support to wildlife, offering safe access to additional drinking spots within the protected conservation areas. We were also busy pumping water to Ziwa la Mbuni from a borehole on a daily basis, from morning until evening, to supply enough water to sustain the area’s diverse inhabitants.

Some animals inevitably became stuck in the thick mud in their efforts to reach what little water remains. In these cases, our patrol teams were on hand to alleviate any long-term suffering by helping these unfortunate creatures out of the mud and sending them on their way with a second chance. 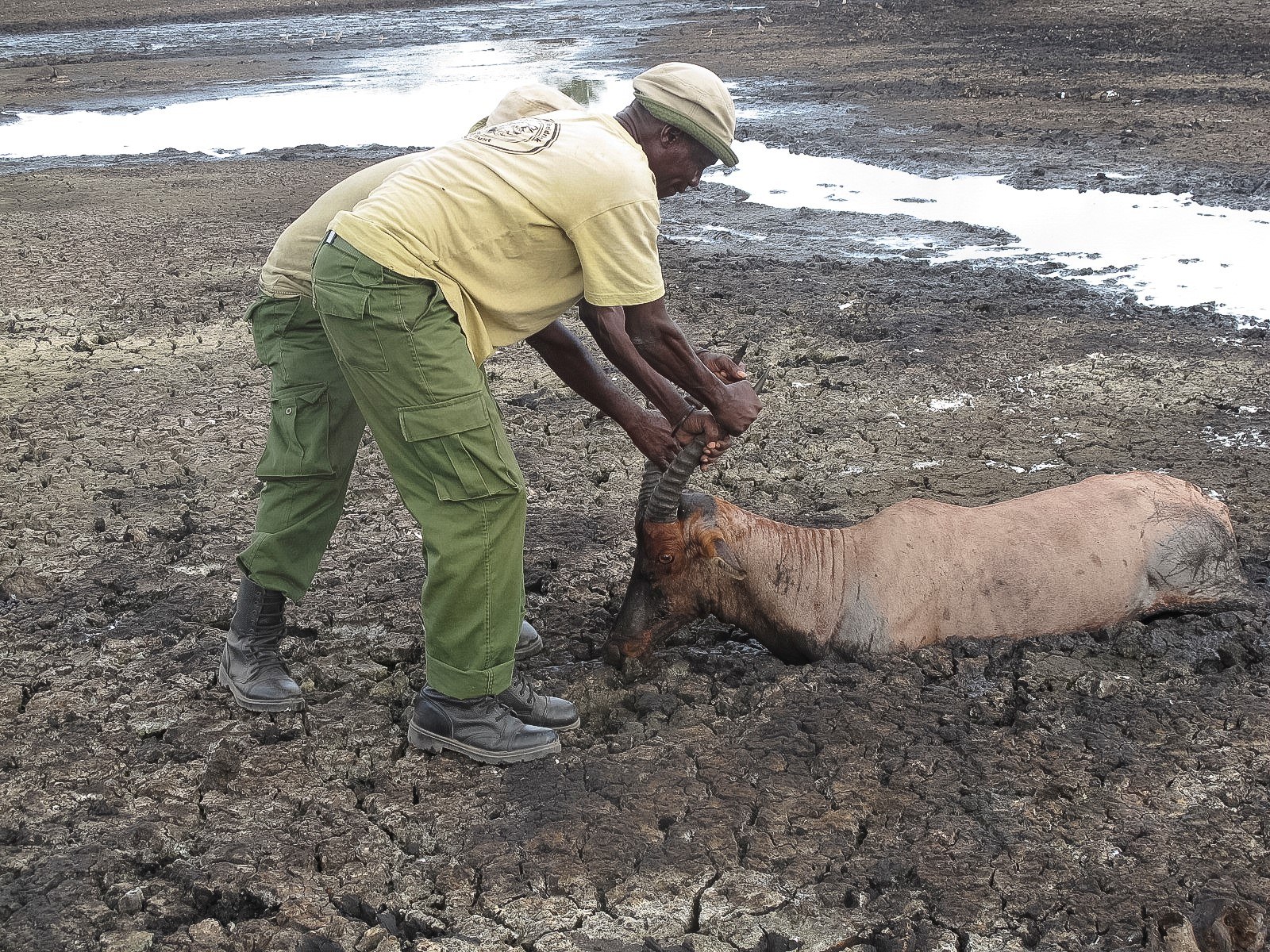 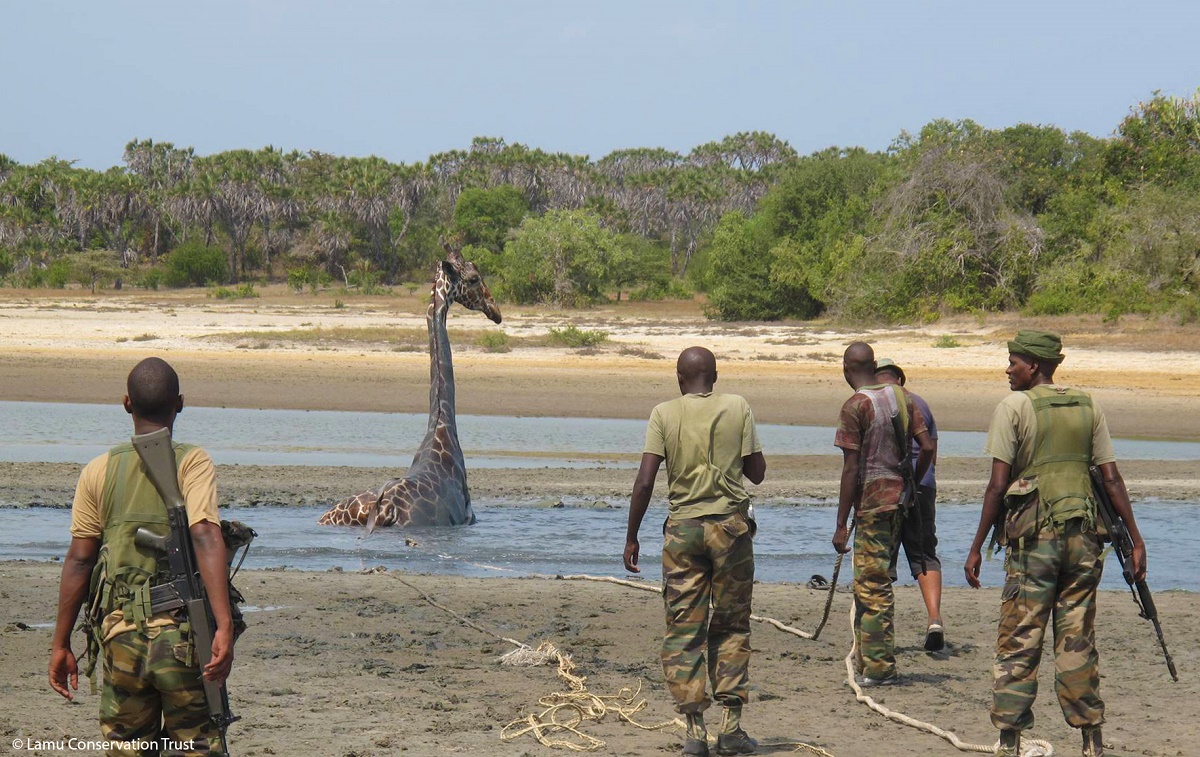 As well as retrieving some desperate and exhausted coastal topis, our patrol team also took part in a three-hour back-breaking operation with Kenya Wildlife Service (KWS) rangers to assist a huge adult giraffe that had become stuck fast in the mud. With a clever system of ropes and the assistance of the Amu Ranch tractor which was donated by the DSWT, the teams were able to get this gentle giant back to dry land where he could then get to his feet.

Hippos were seen struggling to hold on to their territory as the water depleted. Hippos rely on water not only for keeping cool but also for security. During the dry season, they are more vulnerable to poachers who take advantage when there is no water left and the animals have nowhere to seek refuge. 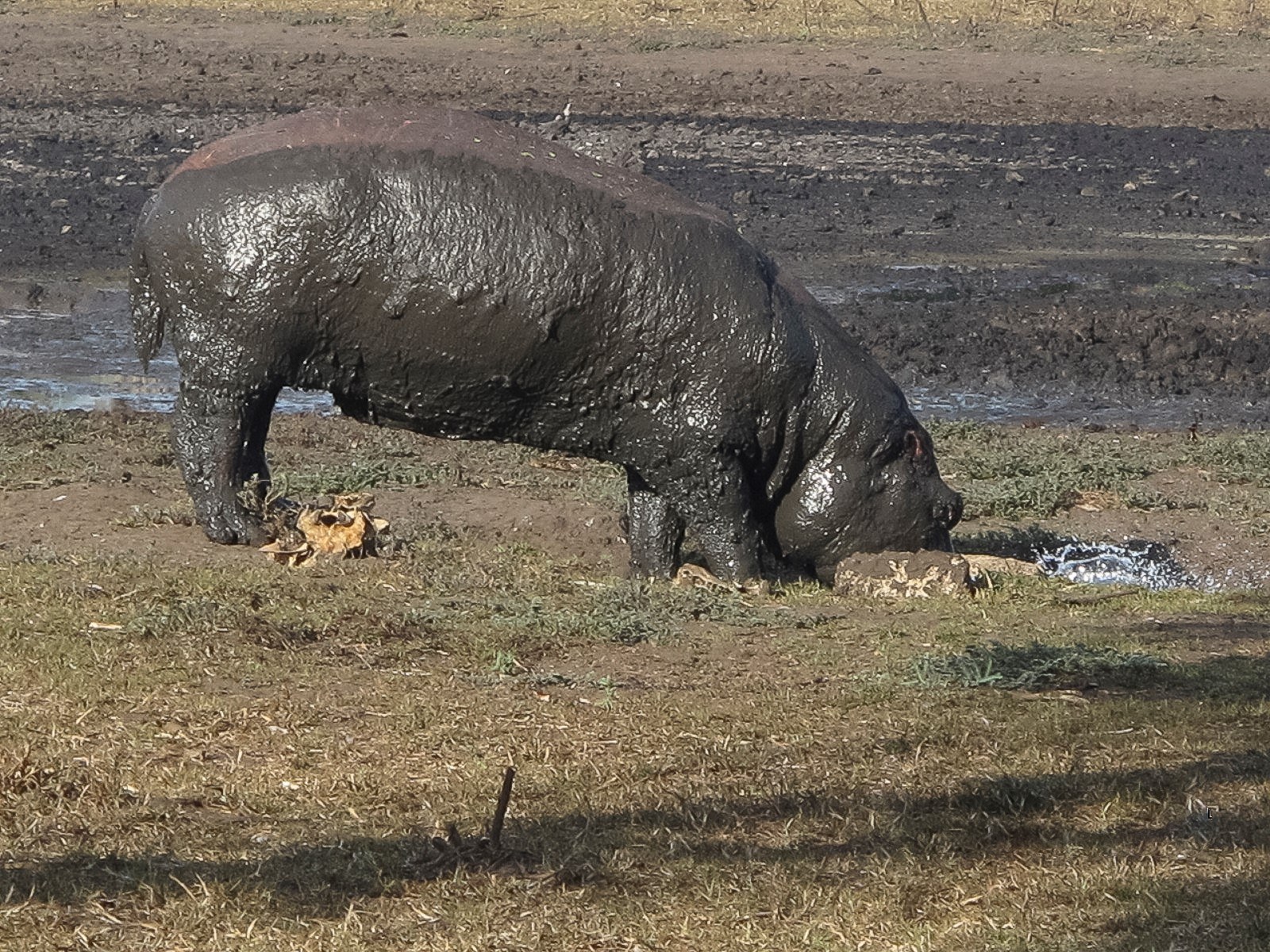 As each dry season takes hold and prolongs, so our work increases to provide a constant supply of water for wildlife and to keep these animals safe from poachers as their locations become more predictable. Any rainfall therefore comes as a great relief, both to our teams and to the wildlife we work to protect. A short shower burst in March provided welcome grazing for many of the buffalos, zebras, antelope and other diverse species that call Amu home. 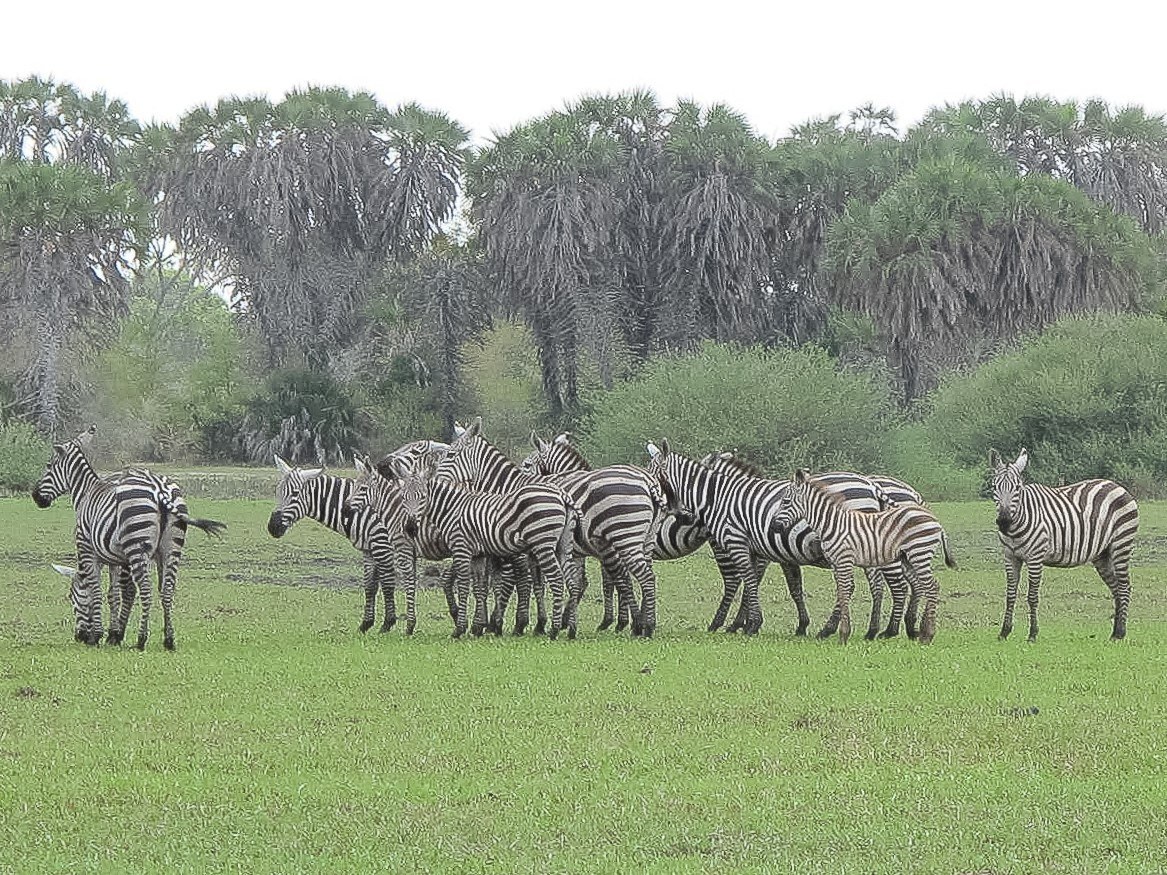 With heavy rains throughout April and May, the appearance of the surrounding landscape has been completely transformed, with much of the area now submerged, once again turning Lamu into a water paradise for wildlife. While the immediate impact of the flash floods have seen Lamu go from one extreme to the other, once the rains ease the benefits will be felt throughout the region, replenishing underground water tables, filling water holes and water pans, and breathing life into the region for flora and fauna to prosper. 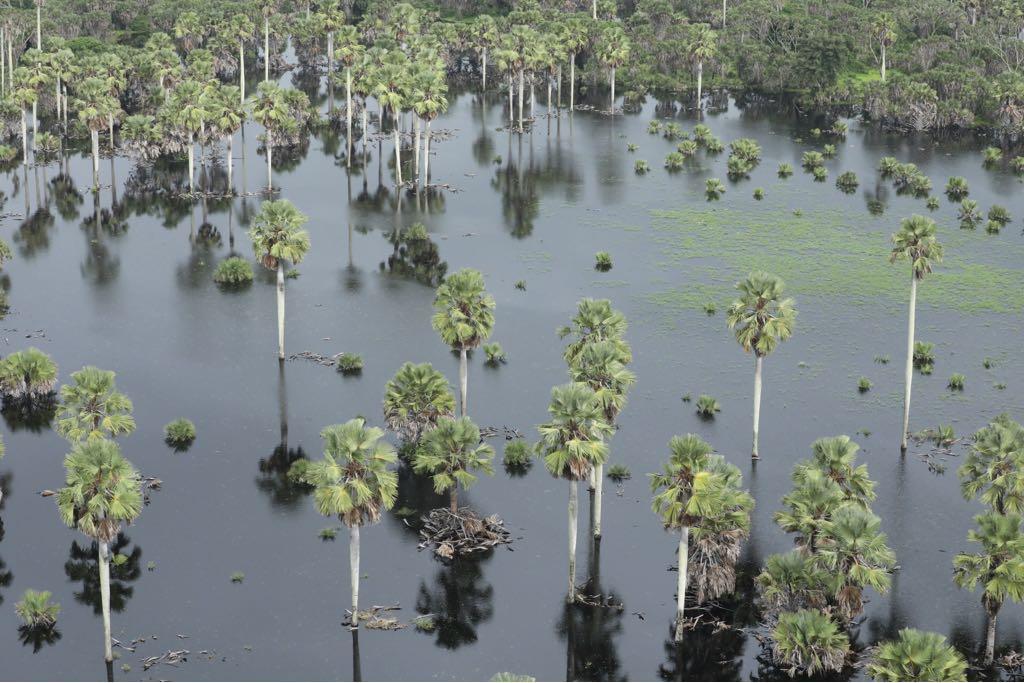